I think of Mussina as a Yankee, just because I’m a Yankees fan, and we like to grab all the good stuff. But he pitched more (and better) with Baltimore, and he never won a World Series or Cy Young with the Yankees, so he could (should?) probably go into the Hall as an Oriole.

As I have stated before, I do believe he belongs in the Hall of Fame, and if the public ballot releases are any indication, this will be his year.

Anyway, his first ten full seasons spanned 1992-2001, all but the last with Baltimore. They were, on the whole, better than his final seven years with NY (though some of those years were very good too).

Here is what those first ten years look like:

His average fWAR was 5.19, leaving him right between 2018’s Blake Snell and Carlos Carrasco. His 5.64 RA9 average is better than 2018’s Severino and Carrasco and just short of 2018’s Corbin and Gerrit Cole.

He finished in the top five in Cy Young voting six times in those ten years (and finished 6th two other times), won five Gold Gloves and was chosen for five All-Star Games. It’s a resume that would stand up to some pitchers already in the Hall, and it doesn’t even include his final seven years with the Yankees. 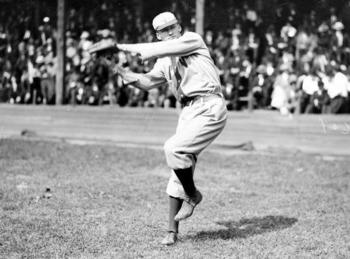